You can find out about our history on this website link.

An Overview of HS2 in Thorpe Mandeville

The proposed HS2 rail route through the hamlet of Lower Thorpe will initially carry up to 11 trains per hour in each direction at peak times. In March 2020 the government stated that train services are due to start in 2029. Trains could increase to 18 per hour on the opening of Phase Two. Trains will be up to 400m long with 1,100 seats. Operating times will be between 5.00am and midnight on Monday to Saturday and between 8.00am and midnight on Sundays. Speeds of up to 360kph (225mph) are likely through our section of the route. The maximum anticipated noise level between 50 and 65db will extend far into the village. HS2 originally advised that Banbury Lane may be closed for through traffic at Lower Thorpe for up to two years during the construction period but this is likely to be affected by the 2021 announcement that Banbury Road between Bulls Lane and the Magpie junction will be permanently closed for a long period during construction until 2024.Additionally in September 2021 it was announced that Greatworth tunnel is planned to extend further northwards bringing its portal north of Banbury Road. There is concern about potential tunnel boom when trains emerge from the tunnel.
The Parish Council has been advised that information received from HS2 indicates construction of the Lower Thorpe viaduct will take approximately 20 months. Environmental activity has already started and a large works compound has been established near the Magpie road junction including a concrete batching plant. 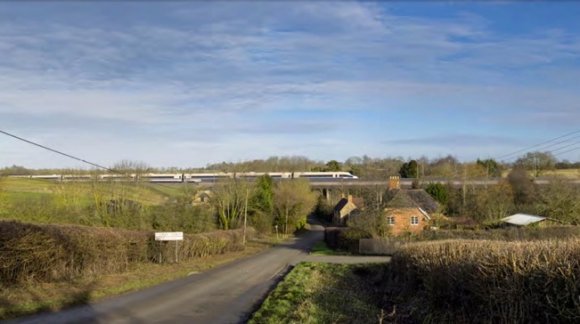 Photomontage of HS2 going through Lower Thorpe provided by HS2 in January 2015.

HS2 has a locally focused website for our area: www.hs2innorthants.co.uk

A selection of HS2's maps for the parish can be found by using this link.

Thorpe Mandeville Parish Council has been represented at many meetings regarding HS2 and it continues to attend the county council's regular HS2 Liaison Group meetings providing an insight into construction activities and plans.

Lower Thorpe Mandeville nestles in a valley about 500 metres from the main village. The proposed HS2 high speed rail link will cross the lane on a viaduct with the loss of two houses including a Grade II listed farmhouse. The remaining three houses will be very close to the viaduct. The environmental destruction will be devastating to this peaceful setting, the wider parish and more generally, South Northamptonshire. Leaving our parish to the west, the HS2 route crosses close to the site of the Battle of Edgcote at Danes Moor. Greatworth tunnel will emerge east of our parish.

Below: A photograph taken from an HS2 'fly through' video issued in 2015. Thorpe Mandeville village is to the far right. The 200m viaduct over Lower Thorpe is in the foreground, where Lower Farmhouse currently stands. The bridge in the distance is Banbury Road between Magpie Farmhouse and Bulls Lane. HS2 disappears into Greatworth tunnel in the far distance. However, in September 2021 the plans were changed whereby the Greatworth tunnel was extended; its portal being on the near side of the Banbury Road. 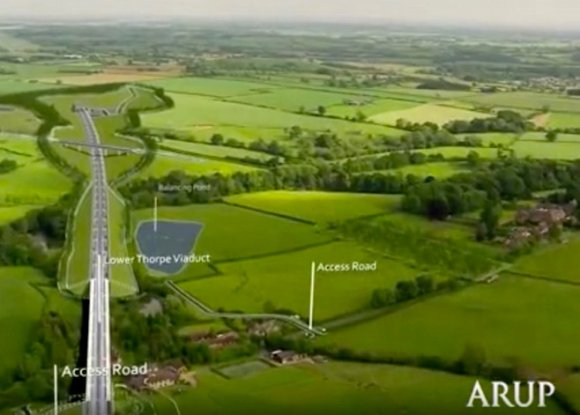 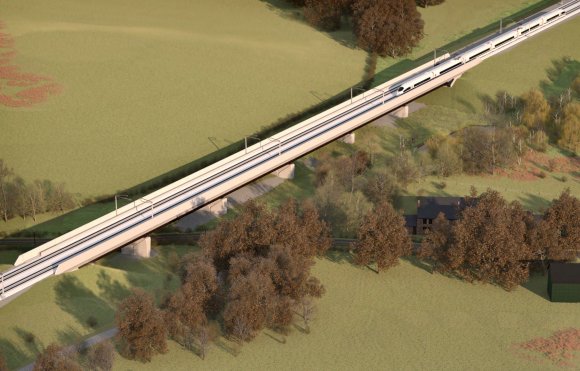 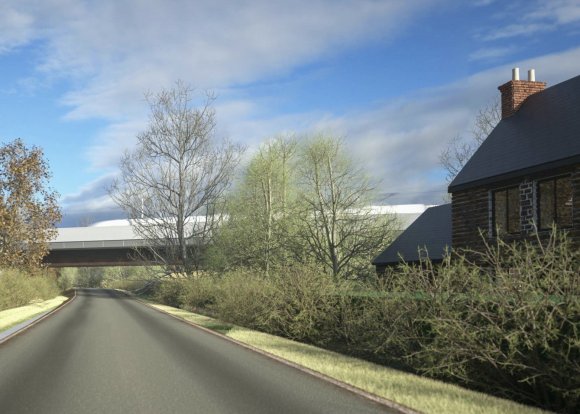 HS2's illustration of the viaduct looking north from Lower Thorpe, as submitted with the related planning application in October 2021. 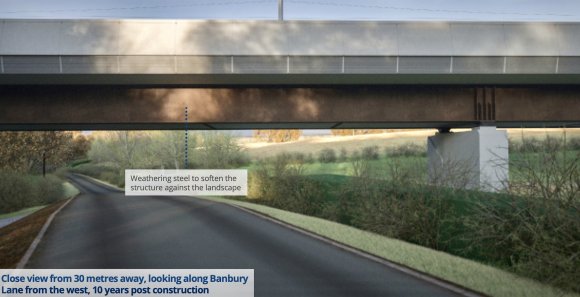